Build a Home Where Others Can Only Vacation! 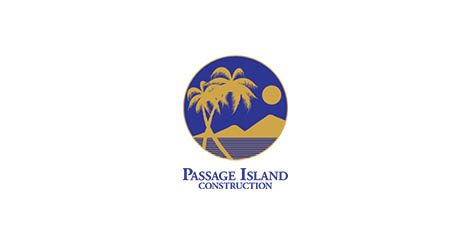 The Treasure Coast has been named “best beach” by Florida Travel & Life.

Best For: Those who love the Atlantic Ocean. Wisconsin, Ontario, Kentucky, Maine, Indiana, Michigan, New York, Quebec—on a sunny spring afternoon in the parking lot at Treasure Shores Beach Park, these out-of-state plates are running at better than 6-to-1. Out on the beach, a healthy stretch of sand with no end in sight in either direction, most of the grown-up spring-breakers remain clustered with their lounge chairs facing southwest, the best direction for soaking up the rays. It’s as if these snowbirds are endowed with the finely calibrated migratory instincts of their avian counter- parts, flocking here just because they’ve alighted precisely in the climate zone where the tropics begin.

The Treasure Coast Makes a Beautiful Location for Your Custom Home

On this hospitable stretch of Central Florida’s east coast shores from Sebastian Inlet south to Vero Beach, where nature is encouraged to flourish in the midst of a barrier island that’s a patchwork of protected habitats, public beaches and even gated communities. “As a paddler and a naturalist, this is paradise to me,” says Kristen Beck of Kayaks Etc., a local out- fitter, as she navigates a tandem kayak through the shallows of the Indian River Lagoon, just across A1A from Treasure Shores. Central Florida’s beaches are the most important nesting grounds in the country for sea turtles, and Beck estimates that the lagoon and its mangrove-fringed islands are home to several-hundred species of fish, 300 species of birds and myriad other creatures. “Yesterday, I was on the water for two hours and saw otters, manatees and dolphins,” she says, even as her boat slips silently over small stingrays feeding in the sea grasses and beneath magnificent white pelicans whirling in thermals overhead.

Hot Spots: The lagoon meets the ocean at Sebastian Inlet, one of the premier surfing sites in the eastern United States. As a state park, the extra-wide beach and its extensive dune system are natural beauties with a raw, unspoiled feel; the huge jetty on the north side accounts for the majority of the superior surf conditions. The waves ricochet of it and create swells that have groomed generations of surfers. “Surf culture is part of who we are,” says 47-year-old Mitch Varnes while overseeing the Surf Fest competition he puts on annually. As some of the top junior pros take turns riding smallish waves that make them work hard for their tricks, Varnes underlines Sebastian’s claim to fame: “The greatest surfer in the history of mankind—Kelly Slater, nine-time world champion—grew up in Cocoa. This was his spot.” Drop-in visitors are welcome as long as they observe the pecking order. “The best surfers get the best waves,” Varnes says. “Novices can get in, but they won’t get the first peak; they’ll be down the beach.”

Things are decidedly more accommodating 20 minutes down the coast in Vero Beach, a town whose nickname among the young and restless—Zero Beach—is a backhanded tribute to its prevailing quiet- ude. Restrictive signage rules help reinforce its low-wattage ambience, and a four-story building limit prevents the beach from becoming overbuilt and overcrowded; its main drag, Ocean Drive, doesn’t even have stop lights.

Several excellent hotels engage in friendly competition by offering a diversity of environments and fine dining in diferent modes. If the beachfront luxury boutique is your style, proceed directly to theVero Beach Hotel & Club and its New American restaurant, Cobalt. For the Miami vibe, you can check out Gloria Estefan’s snazzy Costa d’Este and its Cuban-fusion eatery Oriente. Down in South Beach, Caribbean Court is quite a romantic inn with eclectic vintage Indian décor, and the hotel’s Maison Martinique serves French fare with an island flair. (We think it’s definitely one of the best restaurants in the state.)

For the barefoot and altogether sandier and soggier alternative, there’s the Driftwood Hotel and its restaurant/bar Waldo’s. Birthed during a labor of love in the 1930s and ’40s by an eccentric gent named Waldo Sexton, the higgledy-piggledy compound comes by its name honestly, much of it was actually constructed from found wood and built without benefit of blueprints. Sexton traveled the world collecting random artifacts—bells, paintings, doors, mosaics—that were long ago set into the ofi-kilter bones of the place. And with a beachfront deck, live music, inexpensive beach fare and a rum cocktail that comes in a 32-ounce bucket, Waldo’s is a must for any beach bum worth his after- noon buzz.

Any cookies that may not be particularly necessary for the website to function and is used specifically to collect user personal data via analytics, ads, other embedded contents are termed as non-necessary cookies. It is mandatory to procure user consent prior to running these cookies on your website.