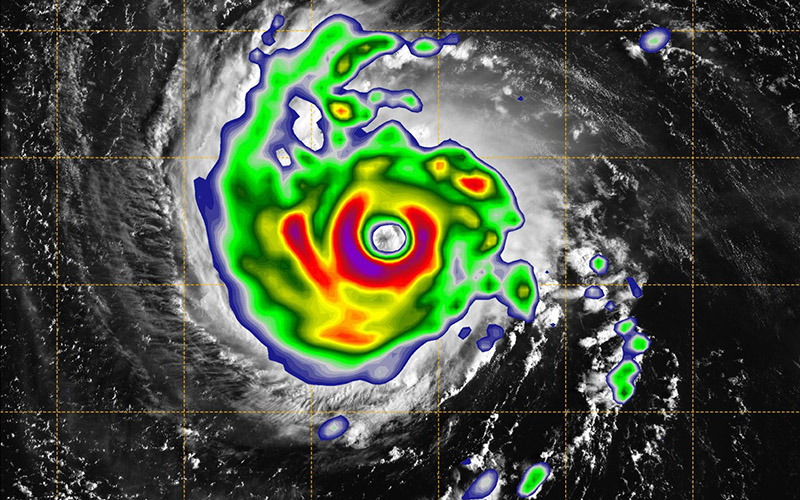 Last hurricane season, the Executive Director of the Florida Building Commission (FBC), Thomas Campbell summarized the tentative changes approved to the building code before the Senate Community Affairs Committee.  Mr. Campbell stated “Rooftop wooden decks may offer the perfect getaway space for homeowners, but they need to be built to better withstand hurricanes”. Campbell then laid out additional mitigation requirements pertaining to rooftop decks, which would be mostly focused on ensuring decks are sealed to prevent water intrusion.The Florida Building Commission is currently considering updates to the 7th version of the statewide building code that it re-evaluates every three years. February and April of this year, the public will have the opportunity to provide feedback to these tentative changes. Commission members gave support for the approval of tighter wind resistance requirements for vinyl siding and possibly mandating an “in-progress” inspection cases where exterior wall coverings (like vinyl siding) are in the process of being applied. The FBC is expected to finalize the latest version of the statewide building code by the end of this year.In 2000, The Florida Legislature authorized the first statewide implementation of the  code. By 2002, the code had replaced local ordinance and rules that previously regulated building construction across Florida.

There are no changes to wind resistance ratings in this latest version of the building code. Currently Florida code requires different standards for wind resistance depending on where you are in the state. South Florida has the toughest wind resistance building code requirements which requires buildings to be able to withstand winds up to 175 mph. In the North Western part of the state, where it has been viewed as less susceptible to hurricanes as opposed to the South East. As a result, the code pertaining to “The Panhandle” is  less stringent then their neighbors to the South. Rural, non-coastal areas are required to stand up to 120 mph winds. Along the coast in Pensacola, buildings are required to be able withstand 150 mph winds. Changes to the building code were discussed in light of the previous year, where Hurricane Michael tore through Northwest Florida, incurring massive damage to the area. A Florida state contractor with the University of Florida, reported on the damage from Hurricane Michael which  caused devastation in coastal areas and heavy damage in the more inland communities of the Panhandle like Calhoun, Liberty and Jackson counties, that usually are not threatened directly by historic storm behavior. It was observed that despite new  homes being constructed to meet the new building codes, three points of interest had “consistent failures”, vinyl siding; soffits and partial roof coverings. A significant point was made in regard to the relative height of buildings’ ground floors to the storm surge. These findings were consistent with the last several storms that have affected the State.

Do you have Questions? We have Answers.

Passage Island Construction has seen the development of several communities in the area which offer their distinct, luxurious custom homes including The Brennity at Tradition in Port Saint Lucie, The Brennity at Vero Beach, The Brennity at Melbourne, and  Cross Creek Lake Estates in Sebastian. We will also build a custom home on your lot should you choose.  Contact us today at Passage Island Construction at 772-388-8863 to speak to an in-house representative to answer any questions you may have.  You can also stop by our beautifully appointed model home, located in Cross Creek Lake Estates. The address is 935 Yearling Trail, Sebastian, FL 32958. We are open Monday through Saturday, 10 am – 5 pm and Sunday from 12 noon – 5 pm.

This website uses cookies to improve your experience while you navigate through the website. Out of these cookies, the cookies that are categorized as necessary are stored on your browser as they are essential for the working of basic functionalities of the website. We also use third-party cookies that help us analyze and understand how you use this website. These cookies will be stored in your browser only with your consent. You also have the option to opt-out of these cookies. But opting out of some of these cookies may have an effect on your browsing experience.
Necessary Always Enabled
Necessary cookies are absolutely essential for the website to function properly. This category only includes cookies that ensures basic functionalities and security features of the website. These cookies do not store any personal information.
Non-necessary
Any cookies that may not be particularly necessary for the website to function and is used specifically to collect user personal data via analytics, ads, other embedded contents are termed as non-necessary cookies. It is mandatory to procure user consent prior to running these cookies on your website.
SAVE & ACCEPT