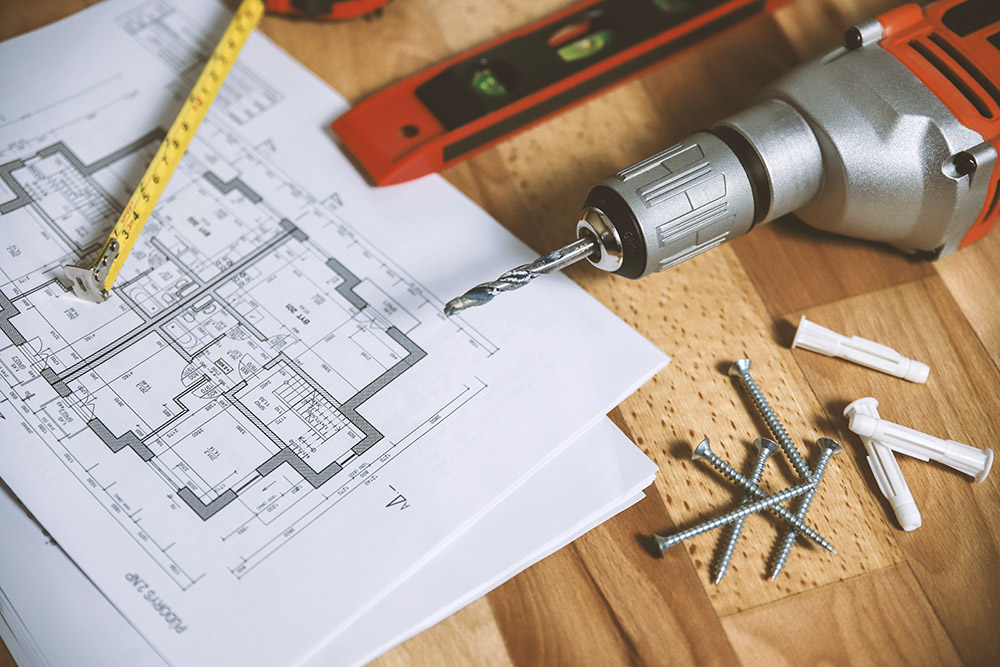 We love HGTV just as much as anyone else, and as far television goes, it’s good when a show depicts the home building side of the project. It’s also not uncommon for people to make decisions based on what they see from HGTV. That’s not a bad thing. In fact, it’s a great way to visualize what sort of things you want in your own home. It’s hard not to watch and want to commit to an open concept, for instance. We really like it when a client knows exactly what they want. When someone comes in and says that they want a farmhouse style, we have a good idea of where they might have seen it.

The shows are entertaining and are full of great ideas. But as you might guess, reality TV is not, well, real. Many people still have skewed expectations when they approach their own home build. This can make people unhappy. Really, it’s only a matter of setting the right expectations and distinguishing fact from fiction.

Remember, HGTV is entertainment first and foremost, not a documentary. Let’s take a closer look at how a real home project will be different than a show on HGTV.

Permits and Building Codes
Watching only HGTV, you might be under the impression that you can basically do whatever you would like on your property. We wish that was the case! If they show it at all, getting city approval for a project is hardly a single scene. Behind the scenes, it’s true that the local or state government expedites all of this. They want the show to produce more than one episode a season, after all. The normal process for getting the right permits and the like operates on a reduced timeline. Even renovating a home requires a number of permits from your local government.

Building a home is a different animal altogether. Unless you’re a celebrity or have a TV show in the works, chances are that getting approval is not going to happen overnight. This isn’t to say these laws aren’t important. They ensure that your house is well-made and resistant to hurricane or fire damage. But it is a process, and like anything with the government, it’s a slow-moving one at that.

Costs
This is likely the biggest shock for people. With the right company, your costs for building a home can be better than if you bought and renovated. Still, the budgets you see on HGTV won’t get you all that you see during the episode. That beautiful hardwood floor? The carpenter probably worked at a discount so he could promote his business on TV. Most anything relating to interior design is heavily subsidized by the network. A lot of companies want to be featured, and some will even go as far as to donate their services. But more importantly, your “dream home” is more likely to be one that you build than one that you find. Fixer Upper and other HGTV shows will feature a run-down home that’s seen better days, and by the end of the episode, it looks brand new.

The fact is, fixing up a home is no joke. Every time you find a crack in the foundation, it eats up another 5% of your budget. Every load-bearing wall is one more idea that doesn’t make the cut. And even then, a home that’s already built will continue to show problems years after a renovation. These are the costs you don’t see – and they can add up to tens of thousands of dollars, and you might not even like the final product.

Why go through the trouble when you can customize your floor plan, and then build a home you really love?

Design and Scope
You have probably seen this exact scene on Fixer Upper. Chip and Joanna find three amazing houses within driving distance. Then, they do a walk through with the buyers and go over what they’ll like. Then, the buyers decide after a good night’s sleep which house they like. And usually, the buyers decide that one of them was exactly what they wanted all along. With odds like those, you’d think they’re in Vegas, not Waco. The truth? It’s not exactly a lie, but the buyers had already bought that house. In fact, they spent a long time before they even went on the show looking at houses. Then they do the whole song and dance of trying to decide. It’s good TV, but it’s not what will happen in real life.

When you buy, there are many problems that can crop up.  Take your kitchen as an example. Your kitchen will quite possibly be the most complicated part of your home. There’s plumbing, electricity, and lots of appliances. If you buy rather than build, you have no clue who built your kitchen, and if it wasn’t built to code, you suddenly go from a renovation to a remodel. If you don’t like where the sink is, it might have to stay there because of the way the pipes were done. You are more or less at the mercy of whoever designed your home. That is to say, at the mercy of people you’ve never met, who you can’t hold accountable.

When you build with us, you can rest assured that there won’t be many surprises. Your custom home plan is well on its way to being a reality. We work within your scope and your budget, and bring to life the design you want.

Any cookies that may not be particularly necessary for the website to function and is used specifically to collect user personal data via analytics, ads, other embedded contents are termed as non-necessary cookies. It is mandatory to procure user consent prior to running these cookies on your website.